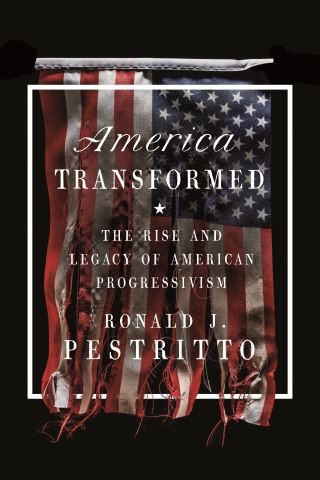 The Rise and Legacy of American Progressivism

The America of the modern administrative state is not the America of the original Constitution. This transformation comes not only from the ordinary course of historical change and development, but also from a radical, new philosophy of government that was imported into the American political tradition by the Progressives of the late nineteenth century. The new thinking about the principles of government—and open hostility to the American Constitution—led to a host of concrete changes in American political institutions. Our government today reflects these original Progressive innovations, even if they are often unrecognized as such because they have become ingrained in American political culture. This book shows the nature of these changes, both in principles and in the nuts and bolts of governing. It also shows how progressivism was often at the root of critical developments subsequent to the Progressive Era in more recent American political history — how it was different than the New Deal, the liberalism of the 1960s, and today’s liberalism, but also how these subsequent developments could not have transpired without the ground laid by the original Progressives.

Dr. Ronald J. Pestritto is Graduate Dean and Professor of Politics at Hillsdale College, where he teaches political philosophy, American political thought, and American politics, and holds the Charles and Lucia Shipley Chair in the American Constitution. He is also a Senior Fellow of the Claremont Institute for the Study of Statesmanship and Political Philosophy.

He has published seven books, including Woodrow Wilson and the Roots of Modern Liberalism, and American Progressivism. He has also served as a Visiting Scholar at the Social Philosophy and Policy Center at Bowling Green State University, an Academic Fellow of the Foundation for Defense of Democracies, and currently serves as an officer of The Philadelphia Society. He has written widely on progressivism and the administrative state for publications such as the Wall Street Journal and the Claremont Review of Books. Dr. Pestritto earned his Ph.D. from the Claremont Graduate University in 1996.