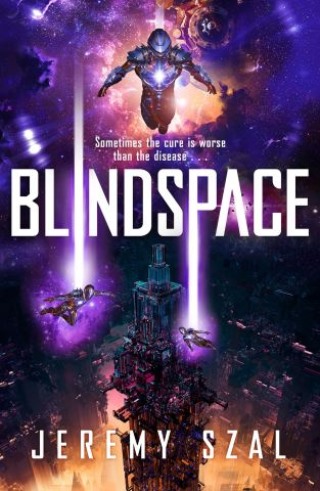 Vakov Fukasawa is a Reaper. An elite soldier injected with a dangerous drug called stormtech: the DNA of a genocidal alien race, the Shenoi. It makes him stronger, faster, more aggressive. At a price.

A price that, if the House of Suns cult isn't stopped, all of humanity will have to pay.

Vakov saved his estranged brother from the cult and killed their leader. Now they want his head on a spike, and they're hunting him and his friends down to get it, while continuing their mission to awaken the Shenoi and plunge the galaxy into mindless violence and chaos. There's a dangerous journey ahead, but Vakov and his misfit crew of eccentric aliens, troubled bounty hunters and rogue hackers will take any risk to stop the alien awakening. Only there's one risk Vakov hasn't shared: the one he himself poses. He got a terrifying glimpse of the Shenoi in the depths of interstellar space, and the violent nightmares he's suffered since suggest their DNA isn't just inside his body - he might already be fighting them for his mind . . .

'Stormblood is a high stakes adrenaline filled adventure featuring two estranged brothers suddenly on opposite ends of an addict's war. And it's real damn good' Nick Martell, author of THE KINGDOM OF LIARS

'A captivating military sci-fi debut. Stormblood tells a splendid story about two brothers divided by war that is full of comradeship, actions, and conflict' Novel Notions

'A magnificent and explosive adrenaline-fest . . . Szal's debut is an absolute must read for fans of gritty, action-packed, detective and military SF' Grimdark Magazine

'This frenetic, grisly sucker-punch of a book manages to be everything you could want from sci-fi, while also carving out its own niche with a rusty slingshiv.' Fantasy Book Review

'Vakov Fukasawa is a former soldier, addicted to the biotech inside his own body that makes him constantly crave for action. And there is plenty of action in this fast moving novel, but not at the expense of ideas, or of humanity, or of vivid descriptions of Szal's carefully imagined war-torn galaxy' Chris Beckett

Jeremy Szal: Jeremy Szal was born in 1995 and was raised by wild dingoes, which should explain a lot. He spent his childhood exploring beaches, bookstores, and the limits of people's patience. He's the author of over forty science-fiction short stories, many of which have been translated into multiple languages. He was the editor for the Hugo-winning StarShipSofa until 2020 and has a BA in Film Studies and Creative Writing from UNSW. He carves out a living in Sydney, Australia with his family. He loves watching weird movies, collecting boutique gins, exploring cities, cold weather, and dark humour. STORMBLOOD is his first novel. Find him at http://jeremyszal.com/ or @JeremySzal