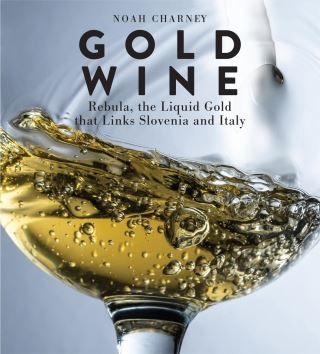 Rebula, the Liquid Gold That Links Slovenia and Italy

This richly illustrated book introduces readers to “the golden one,” as Rebula has been lovingly described. Rebula grapes, an ancient varietal once prized by princes and popes, are indigenous to the region that now straddles the border between Italy and Slovenia. On the Italian side the area is called Collio, in Slovenia Goriška Brda. It has been rated by experts as among the top five wine terroirs on the planet, shoulder to shoulder with Bordeaux and Tuscany. Wine experts agree, calling Rebula “a dream wine of a new age.” Rebula was rated the World’s Best Wine in 2010 by sommelier Luca Gardini, and a Rebula has received an astounding 100 points on Wine Spectator’s 100-point scale.

Beautifully designed with full-color photographs, the book recounts the fascinating story of Rebula and the history of wine in what was once Yugoslavia and is now Slovenia. The protagonist is a remarkable vintner, Zvonimir Simčič, one of the founders of what was Yugoslavia's most important winery before the country fragmented. Almost single-handedly responsible for the preservation of Rebula, he resurrected the forgotten varietal and transformed his home region, spectacular Goriška Brda, from a poverty-stricken area into one of the globe’s great wine destinations.

Noah Charney is an internationally known American writer. He publishes regularly in the Guardian, the Washington Post, and beyond. He is the author of more than a dozen books, many of them best-sellers and translated into more than fourteen languages. He lives in Slovenia.