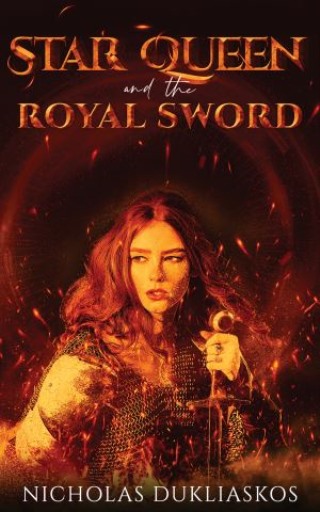 Star Queen and the Royal Sword

Major Simon Nails, a 45-year-old retired US army major, has a messed-up life that he cannot stand anymore. His girlfriend has left him, and he does not like his life at all. He goes back to the army with a mission to Afghanistan. In the first mission, Al Qaeda terrorists are hunting down his unit on a mountaintop in a village. Simon hides inside a cave.
There he will find a universe gate that will transport him to an alien planet billions of light-years away from planet Earth. He will discover an alien kingdom that is ruled by an evil king. He will later meet a woman, Amelia, who is the princess of the kingdom. King Hogan wants her dead for the throne.
Major Simon Nails will help her to make a rebellion against the evil king and his army with help of some dangerous killer monsters that will decide the freedom of the Noleria kingdom. It's in Princess Amelia's hands to fight for the freedom of her people.